Olukoya Ogen is an Alumnus of Adeyemi College of Education, Ondo, Nigeria where he currently serves as Provost. 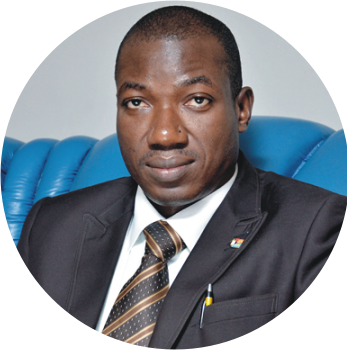 He obtained his M.A. and PhD degrees in History from the University of Lagos and a Certificate in Trade, Growth and Poverty from the World Bank Institute, Washington DC in 2006.

He was a Leventis Scholar at SOAS, University of London in 2008, a British Academy Visiting Fellow at the University of Birmingham in 2009, a Cadbury Visiting Fellow in 2010, an American Council of Learned Societies (AHP) Postdoctoral Fellow in 2011, and a Visiting Senior Research Fellow at CWAS, University of Birmingham, 2012-17. He is currently the Country Director of a €1.5 million European Research Council Grant on ‘‘Everyday Religious Encounter in Southwest Yorubaland.’’ A  widely travelled scholar, Olukoya has won over 25 foreign travel fellowships/grants for paper presentations at academic conferences and for  research visits to several universities across the globe.

He co-founded African Nebula with Prof. Samar Habib in 2010. One of his most recent publications which is a useful addition to the debate on higher education in Nigeria was co authored with Insa Nolte and published in 2016 in Africa: Journal of the International Africa Institute, Edinburgh University Press. He currently has over 85 publications to his credit.

Olukoya started off his academic career as a Graduate Fellow at the University of Lagos before moving to Adekunle Ajasin University, Akungba-Akoko in 2001. He was also a member of Faculty at the Obafemi Awolowo University, Ile-Ife from 2006-2009, and was pronounced Professor of History by Osun State University in 2012. He had a stint as a Guest Researcher at Fourah Bay College, University of Sierra Leone in 2011, and was an ACLS Scholar-in-Residence at the Office of International Programmes, University of Ibadan in 2012.

He was the Pioneer Dean of the Faculty of Humanities and a Senate elected representative on the Governing Council of Osun State University between 2012 and 2014. He served as an Associate Expert at the UNESCO Category 2 Institute of African Culture and International Understanding, Olusegun Obasanjo Presidential Library, Abeokuta from 2013-2016. He is currently a member of the Governing Council of Federal Polytechnic, Ilaro as well as a member of the TETfund National Research Fund Committee.

Olukoya is a recipient of several prestigious awards and honours. Some of these include: Lifetime Achievement Award for immense contributions to the adoption of ICT in higher education by the ICITD, Southern University, A&M., Baton Rouge, Distinguished Personality Award for the promotion of ICT by the School of Science, Adeyemi College of Education; Award of Excellence by the National Institute of Nigerian Languages for significant contributions to the promotion of Nigerian languages; Letter of Commendation for transparency in managing the resources of Adeyemi College of Education as Provost by the Senate of the Federal Republic of Nigeria; and the Distinguished Award for Professional Excellence by the Ikale Award Committee. He was appointed Honourary Mayor-President of the City of Baton Rouge, Louisiana, USA by Her Excellency Sharon Weston Broome, the Mayor-President of Baton Rouge on the 22nd of November 2017.