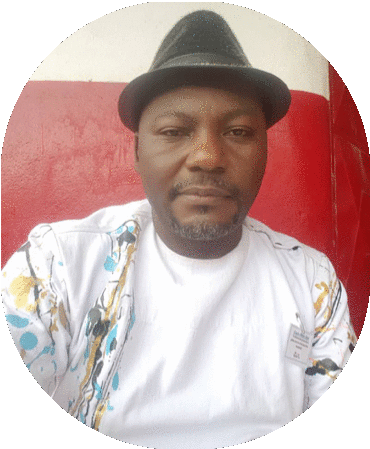 Dr. Luke N. Musongong is an educationist by profession, serving as the Regional Pedagogic Inspector for ICT at the Ministry of Secondary Education, S.W. Region, Cameroon. He holds a Ph.D in History and currently serves as an Instructor in the History Departments of the Universities of Buea and Bamenda in Cameroon. He is the initiator of a Digital History for Africa Project and now serves as the Coordinator of Digital Humanities in International Center for Information Technology and Development (ICITD).

Dr. Musongong has been a School Manager between 2005 and 2017. During this period, he served as a freelance ICT instructor to several institutions where he proposed and executed a Computer Development Projects. It led him to set up computer laboratories, in most of the schools. This motivated his publication of the pioneer textbooks for Information and Communication Technologies (ICT) for Nursery and Primary schools in 2008 which became homologated as the official textbook by the Ministry of Basic Education in Cameroon since 2010 under the COSMOS publishers. He as well served as the Regional Representative of ICT University, Cameroon on its inception in 2012

In 2012 and 2014 he was an active participant at the International Conference of ICT for Africa in Kampala, Uganda on the theme “Africa’s E-Inclusion” and in Yaounde, Cameroon on the theme, “Harnessing ICT in Education for Global Competitiveness”, respectively. Meanwhile, in 2014 he was an Exchange Scholar at Southern University and A&M College, Baton Rouge, Louisiana, USA. Earlier in 2013 he participated in a one month MASHAV course on Pedagogic Training of Principals and Educational Supervisors in Jerusalem, Israel. Worthy to note also is that he has been an A/Level History Examiner for the General Certificate of Education (GCE) Examination Board between 1998 and 2011. His publications focus on issues related to ICT, the humanities and African Traditional Governance. Examples are Evolution and Challenges in Governance of the Mankon kingdom, Cameroon: Tradition versus Modernity in Africa, Berlin: Lambert Academic Publishing, 2017, ISBN: 978-620-2-01854-8 and The Rise and Fall of Mankon Confederacy, Bamenda-Cameroon, c.1800-1927. Inter-kingdom Relations in the Bamenda Grasslands of Cameroon, Berlin: Lambert Academic Publishing, 2017, ISBN: 978-3-659-53677-9.
Email: mnluke@yahoo.com