Legal and political commentator Sophia A. Nelson will keynote the Congressional Leadership Series on Monday, Feb. 17 at A.A. Lenoir Hall. This edition, “Impeachment Debrief 101: What We Learned and Where Do We Go from Here” is presented by the Southern University Nelson Mandela College of Government and Social Sciences, the Southern University Law Center and the South Central Region of Alpha Kappa Alpha Sorority Inc.

Nelson is an award-winning author of two non-fiction books and an award-winning journalist for her groundbreaking feature magazine articles. She has appeared on every major network, media outlet, and cable news show platform. Her work and advice have been endorsed by top writers, journalists and business leaders.

A former Congressional Committee Investigative counsel and corporate lobbyist, Nelson left legal practice in 2007 to become a journalist. In 2008, she became a freelance reporter and White House correspondent for JET magazine and various other outlets.

Nelson is now a noted TV and radio personality, as well as a motivational speaker and corporate leadership trainer for Fortune 500 companies, nonprofits and major universities. She contributes regularly to national media outlets. 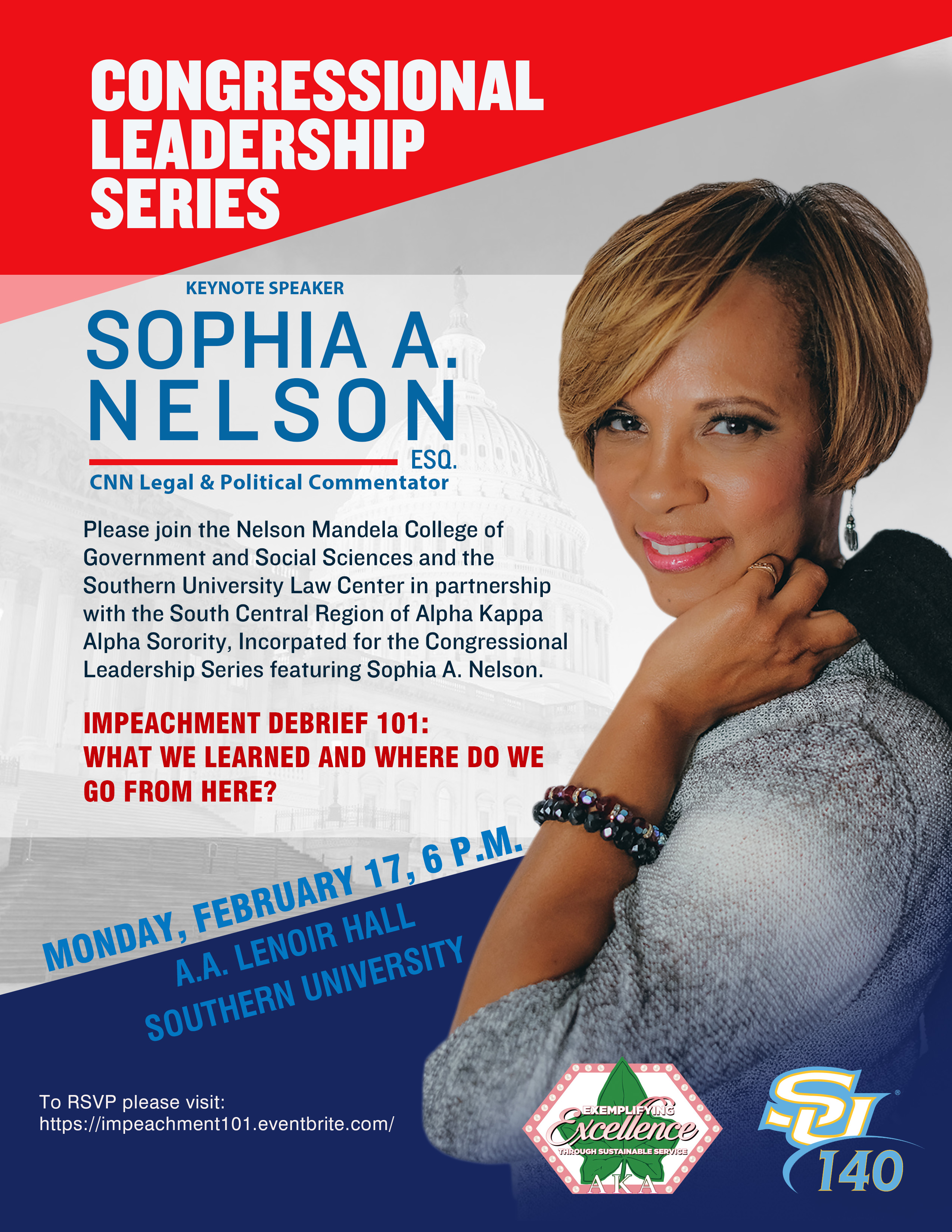