Recently, the Laser Interferometer Gravitational-Wave Observatory (LIGO) in Livingston was deemed a historic site by the American Physical Society (APS).  LIGO is the first site in the 21st century to receive such a designation by APS, and was given coveted plaques that are only awarded to sights that have made critical contributions to physics.  These contributions started in 2015 when it was the first observatory to detect gravitational waves.

When gravitational waves were detected for the first time by both of the twin LIGO detectors located in Livingston and Hanford, Washington, SU scientists part of SU LIGO Scientific Collaboration (LSC), joined others from all over the world in celebrating the groundbreaking discovery. Southern University, an active member in LIGO in the area of optical materials research since 1999, work focuses on minimizing noise in LIGO test mass mirrors in order to help maximize the sensitivity of the LIGO interferometers. These investigations have involved detailed experimental and computational studies of atomic composition and chemical structure of the mirror coatings by SU faculty members and students from the physics, chemistry, mathematics and computer science departments.

Stephen C. McGuire, the James and Ruth Smith Endowed Professor of Physics in the College of Sciences and Agriculture, SUBR, and principal investigator LSC, is a Fellow of APS, McGuire is a co-author on the publications reporting the first and second direct detections of gravitational waves in the journal, Physical Review Letters.

In 2015, McGurie was appointed one of ten inaugural LSC Fellows and he is the director of the On-campus Advanced Optical Materials Laboratory at SUBR. National Science Foundation funds his research on LIGO mirror coatings.

William Parker, a two-time Southern University graduate and former SU LIGO docent, was one of the technicians working the control room when the first historic scientific discovery was made. The ground-breaking research experiments at LIGO have yielded proof of Albert Einstein's theory of relativity.

The research of LIGO has been extended to the community by way of its Science Education Center (SEC).   SU has been in partnership with LIGO SEC and the San Francisco Exploratorium over the last 13 years to engage the community in informal, inquiry-based learning focused on LIGO Science concepts and to promote scientific learning and understanding in Louisiana and beyond.  Consistent with their mission, the LIGO SEC partners have implemented initiatives and programs to achieve the following goals: communicate LIGO-related science concepts to the public; strengthen the teaching methods for teachers and teacher candidates; reach a broad audience of students in Louisiana and the surrounding region; and create a national model for ways in which scientists and educators in universities, systemic programs, school districts, and informal learning environments can work together to support inquiry-based teaching and learning.

"Southern University is honored to be a part of the LIGO SEC partnership particularly in light of the research center’s historic designation by the APS," said Michael Stubblefield, vice chancellor for research and SUBR LIGO principal investigator (PI).

Southern University was awarded $2.5 million from the National Science Foundation over five years to broaden minority participation focused on the research at LIGO and community engagement of its Science Education Center (SEC).  Programs and activities at SUBR are focused on training STEM and education undergraduate students on informal science by way of its premier docent training program, strengthening teacher content knowledge and pedagogy through teacher professional development and leadership institutes, and contributing to the body of knowledge on informal learning through engagement of science/mathematics education doctoral research students. 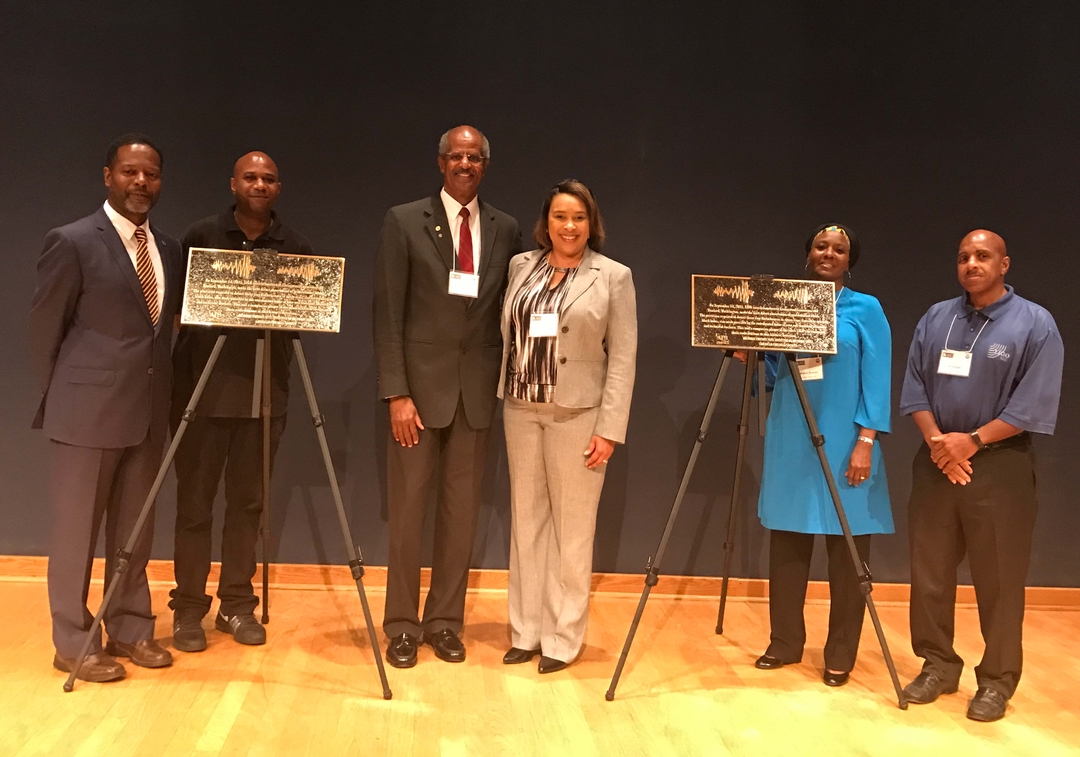