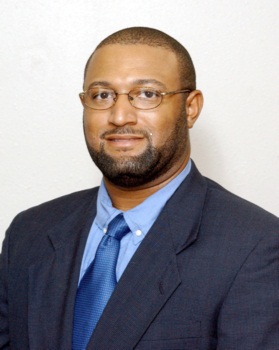 Our research group focuses on understanding the fundamental mechanisms for the formation of materials that are used for alternative energy production sources as well as energy storage. We conduct experiments that involve the synthesis of materials with interesting and useful ionic transport, electrochemical, and photoelectrochemical properties, respectively. These materials are prepared utilizing our novel Hydrogelation method. This method makes use of the self-propagating combustion of a metal - amino acid hydrogelated complex with an optimized metal ion to fuel ratio.

With the growing environmental awareness of the global economy, industrial processes are moving rapidly toward green chemistry. Our Hydrogelation method is a green soft-chemical alternative method for the synthesis of highly pure micron-sized powders. This method is considered a member of the "Self-Propagation Combustion Synthesis" family, which is a group of methods that utilize metal nitrates as conventional oxidants and an organic moiety as a fuel. These Self-Propagation Combustion or adiabatic synthesis methods are highly exothermic. In these methods, optimizing the most efficient metal ion to fuel ratio or, more specifically, the R-factor can provide control of the energy released into the system. It is widely understood that highly exothermic reactions influence crystal growth and most often than not produce particles with non-homogeneity, abnormal grain growth, and poor control of stoichiometry. As well, the performance of the materials used for alternative energy production sources as well as energy storage is strongly affected by the properties such as morphology, mean size, specific surface area, crystallinity and composition.  Our soft-chemical method for materials design as well as synthesis enables the preparation of ultrafine materials with controlled composition, structure, and morphology. 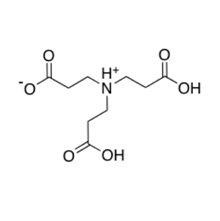 Our Hydrogelation method employs the use of an amino-acid, 3,3',3"-nitrilotripropionic acid (NTP), as a chelating or complexing agent as shown in figure 1.  Many studies dating back to the early 1950's have described the effects of ligand structure on the stability of aqueous metal complexes.  Additionally, Chaberek and Martell reported the acid dissociation constants of organic acid such as NTP and the chelate stability constants of the corresponding carboxylates with cupric, nickelous, cobaltous, zinc, and cadmium ions. Despite the fact that NTP has been studied and its crystal structure has been published, there have been no reports of methods of preparation of this compound.

Recently, our research group has developed and published an environmental friendly method for the preparation of 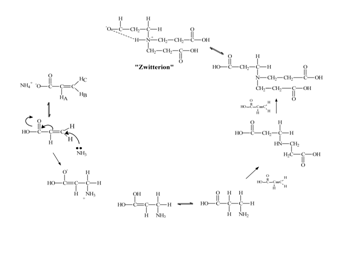 When acrylic acid is reacted with stoichiometric amounts of ammonia in the form of ammonium hydroxide, it undergoes an anti-Markovnikov addition or the classic Michael addition mechanism that results the formation of NTP shown in scheme 1. Due to the high degree of hydrogen bonding with water, NTP forms a viscous liquid that can absorb many times its own weight of water. This generates a hydrogel in which the metal ions are distributed homogeneously throughout the hydrogen-bonded network of NTP. Subsequent pyrolysis converts the mixture to the desired ceramic oxide.

Our Hydrogelation method offers an affordable and versatile alternative to other methods, which involve the use of expensive, air sensitive reagents, organic solvents, or require multi-step processes. This preparative method has several advantages such as homogeneneity, excellent control of stoichiometry, ease of handling, lower heating times and temperatures, and the production of uniform particle size and distribution.

Since NTP is a poly protic amino-acid, knowledge of the correct acid dissociation constants of NTP was desperately needed to perform elegant chemical reactions. To gain better understanding of the coordination complexes that are form with NTP, one of our group projects involves the determination the pKa(s) shown in figure 2.  Also, we are investigating the speciation at different pH values and metal chelate stability constants of the stable metal-complexes, respectively.

NTP is capable of stabilizing metal ions through the donation of lone pair of electrons on the nitrogen and on the oxygen atoms of carboxyl groups.  This bonding contribution of electrons by the centralized nitrogen has two-fold benefits.  First, the of stabilization the metal ions.  Second, the complexes thermal decompose into environmentally friendly or green by-products.  When NTP thermally decomposes, it evolves the environmentally hazardous gas NOx, which often referred to as NO and NO2. Its unique orange plume readily identifies the NOx gas.  However, when NTP is utilized as a fuel in the adiabatic or self-heating combustion process that results in the production of several hundred-kilo joules of the thermal energy, metal-nitrogen bonds are formed that inhibits the production of the noxious gas shown in figure 3.

The interesting and useful ionic transport, electrochemical, and photoelectrochemical properties of materials have been found to be directly related to their method of preparation.  For example, it is well established that the morphology and particle size distribution are important factors that determine the physico-chemical properties of the lithiated transition-metal oxides materials. Therefore, the ability to reveal reaction complexity is therefore a crucial step toward the ability to draw mechanistic conclusions from kinetic data, which is essential to improve physico-chemical properties of LiCoO2.

In addition, our group investigates the non-isothermal dependence of the activation energy (E) on the extent of conversion alpha) of materials with interesting and useful ionic transport, electrochemical, and photoelectrochemical properties using the Model Free iso-conversional method of Friedman shown in figure 4. Knowledge of the reaction complexity for the formation of materials is instrumental in the optimization of the synthesis conditions that are required for the formation of particles with uniform particle size and distribution.   In conjunction with time-resolve high-resolution x-ray diffraction studies, we are able to provide new and very important insights to the preparation of phase pure materials such as the electrochemically active LiCoO2. Our work largely provides for the first time concrete experimental data that supports a multi-step mechanism in the formation of electrochemically active LiCoO2.