Albert Samuels, chair of the Southern University Department of Political Science, will participate in “Economics & Politics of Race: A Conversation with Jason Riley of The Wall Street Journal Editorial Board” on Thursday, Nov. 12 at 5 p.m. on Zoom. The virtual event discussing strategies to promote Black economic, social and political growth, is hosted by Louisiana State University’s Eric Voegelin Institute, and Reilly Center for Media and Public Affairs. Samuels will be in conversation with Riley, who is also senior fellow at the Manhattan Institute. The event will be moderated by LSU students majoring in political science and African American Studies.

“I am delighted to join Mr. Riley for this discussion and offer my understanding of the historical context behind the economics and politics of race,” said Samuels, whose research is focused on American politics, Black politics, Louisiana politics, educational policy and voting rights. “There are obvious disparities in public advancement for Black Americans and understanding the systems and structures that have led to those disparities is key to understanding where we are now.”

Riley, a seasoned columnist for the Wall Street Journal and a Fox News commentator, has knowledge of various topics encompassing politics and race and brings an unconventional perspective surrounding the continued inequalities of Black people in the United States and the political structure surrounding them.

“Although many were hoping that Black political success, including the presidency of President Obama, would translate into more Black economic advancement, Black political clout has not paid off,” Riley said. “In fact, the poverty gap between Blacks and Whites has widened over the last decade.”

The vertical event is free and open to the public. However, advance registration via Eventbrite is required by Wednesday, Nov. 11. The event will also be recorded and uploaded to the Reilly Center’s website. 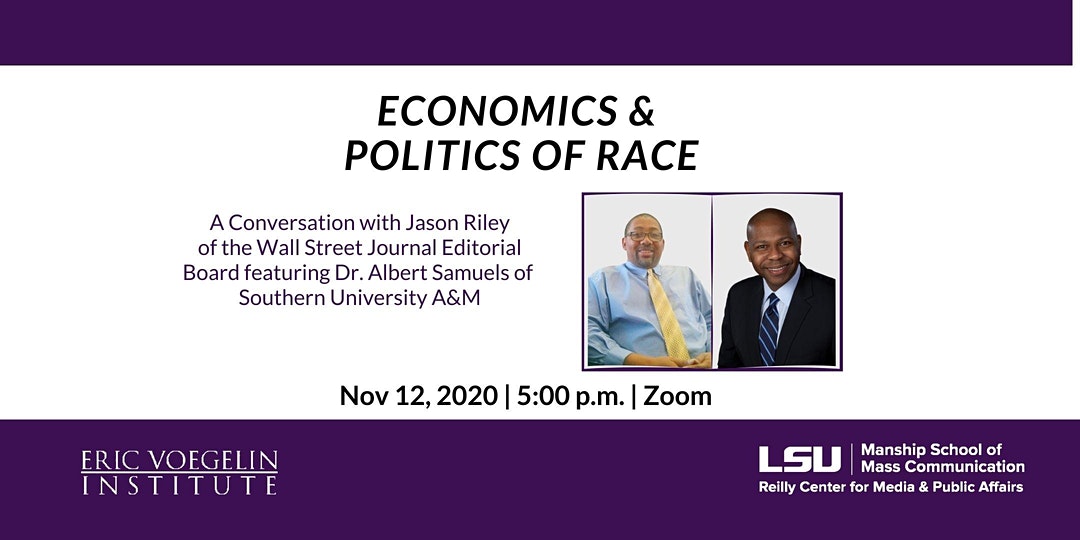