The Naval Reserve Officers Training Corps Unit at Southern University was established in August 1971.  The unit’s dedication ceremony, held in October 1971, was presided over by the first African American flag officer, VADM Samuel Gravely. In 1972, Southern University NROTC was one of four units selected for a pilot program to commission the first female officers through the traditionally all-male NROTC program. Also in 1972, the NROTC unit established a cross-town enrollment agreement with Louisiana State University. In 1998, this cross-town agreement enrollment agreement was extended to Baton Rouge Community College and later to Southeastern Louisiana University in Hammond in 2001.  Since its first graduating class of seniors in 1974, the unit has commissioned more than 350 officers in the United States Navy and Marine Corps.

The nickname of the unit, “Redstick Battalion” comes from the English translation of Baton Rouge. The history of city name dates from 1699, when French explorer Sieur d'Iberville lead an exploration party up the Mississippi River and saw a red-painted cypress pole that marked the boundary between the Houma and the Bayou Goula tribal hunting grounds. They called the pole and its location "le bâton rouge" or "Red Stick". The Red Stick still stands on the bluff of the Southern University campus overlooking the mighty Mississippi River. 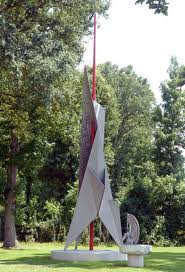