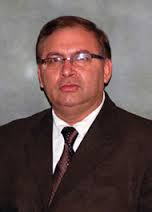 Dr. Sanjay Batra is an Associate Professor of Environmental Toxicology at the Southern University-Baton Rouge (SUBR). Dr.  Batra obtained his PhD in Biochemistry from Central Drug Research Institute, Lucknow and Kanpur University, Kanpur, India in 1993. Dr. Batra was selected through Union Public Service Commission of India as a Biochemist/In-charge of Clinical Biochemistry Department at Kalawati Saran Children's Hospital, New Delhi, India in 1992. In 2002, he came to US as a visiting scientist to work in the field of cancer and immunology at The Ohio State University, Columbus, OH. Subsequently Dr. Batra emigrated to US in 2006 to pursue his advanced research career at The Ohio State University and later at Texas Tech University, Amarillo, TX. Dr. Batra joined Louisiana State University, Baton Rouge in 2009 as a Senior Research Associate and was promoted to the position of Assistant Professor (Research) in 2012. Dr. Batra was able to secure funding from NIH (R15) and Flight Attendant Medical Research Institute (Young Clinical Scientist Award) and developed several independent projects. His projects focus to determine the role of immunoproteasomes and lipid rafts during bacterial pneumonia and COPD/Emphysema received intramural and extramural funding. Besides these projects, Dr. Batra is also interested in investigating the role of Histone Deacetylases (HDAC) during pulmonary challenge with microbial toxins and COPD/Emphysema. Dr. Batra joined SUBR in 2014 as an Associate Professor and brings with him new dimensions in the areas of Biochemistry, Molecular Biology and pulmonary Immuno-toxicology.

Dr. Batra has trained numerous undergraduate and graduate students, postdoctoral fellows, clinical residents and summer students. He has published over 55 original research articles in peer-reviewed journals in addition to invited review articles and book chapters.  Dr. Batra has the honour of receiving several prestigious National and International Awards for his research in Clinical Biochemistry and Immunology.

Selected Publications (from over 55)

For additional publication list and other information, please refer to the following sites: